Yes yes, while the whole world around us is serverless (read "servers running on thin air"), we are still running on concrete servers and utilizing real CPUs.

Recently we had a requirement to run multiple copies of our webjobs in parallel (with different settings and configuration) doing similar but different work. Webjobs runtime uses Singleton lock approach to coordinate the execution of the job across the farm (if you have scaled-out your application). This is the way how runtime avoids duplicate executions of the same job. Webjobs runtime uses Azure storage blobs to accomplish a locking mechanism across multiple nodes in your cluster.

We wanted to skip extra storage account creation for the copy of the webjobs, but instead - we would like to use the same account because webjobs are doing completely different tasks and it's OK if they run simultaneously. But when you point both copies of the job to the same storage account one of the jobs will not be able to acquire the lock and therefore will stall until another job will release the lock.

We had to handle this somehow and workaround "single host" limitation.

We would need to find who is in charge of issuing the locks and who is responsible for generating the path for the locks (ba0d.../Keeper.ShceduledJob.Run.Listener).

When you configure your webjob runtime, you are adding a couple of services to the IServiceCollection via IHostBuilder extension method.

If you look inside - then at the end JobHostService is added as background service.

Let's look inside JobHostService. Some bla bla housekeeping things and call to ((IJobHost)_jobHost).StartAsync(cancellationToken).

During the initialization IJobHost creates JobHostContext where all the information about found functions - yes, in webjobs context each webjob is actually called "Function" - no doubt that explains why Azure Functions SDK is based on Azure WebJobs SDK ;)

Each function is represented by FunctionDescriptor - very similar concept as MVC does controller/action thingy and how context is represented in various filters for example those could be plugged into the pipeline.

Part of the host context creation (JobHostContextFactory) factory also creates various instances of IListener which in turn is responsible for triggering (executing) functions when external initiator "appears" (for example in queue trigger case - when a message has been dropped in the queue).

Listeners however are created via HostListenerFactory type. And one of the constructor arguments is SingletonManager singletonManager. Type sounds familiar. Let's take a closer look at what it does.

HostListenerFactory is responsible for creating all instances of IListener for found functions. We have only a single function (webjob) in the project:

Job host has knowledge about every single function found in the project. Apart of the function metadata, the function descriptor has info also about what type of listener is required for the function to run.

Our job is triggered on a timer (CRON expression at the end). Remember about that AddTimers() method and the beginning of the post? Well, let's see what it does actually:

Nothing really much of it. But TimersExtensionConfigProvider is important here.

Microsoft.Azure.WebJobs.Extensions.Extensions.Timers.TimersExtensionConfigProviderprovides info to the host and runtime what exactly are timer triggers and how to get more information about them - like what kind of listener is required for the timers to go off and kick the job. This knowledge transfer in WebJobs world is called "binding rules". And the type that carries this info for the timers is TimerTriggerAttributeBindingProvider who essentially is informing runtime that TimerTriggerBinding should be used if the host needs info about timers and what kind of listener they need.

Let's look at the listener:

Well, here we are - this listener is requiring Singleton which has to be acquired before firing off this trigger.

Let's jump back to HostListenerFactory. When it's asked to create a new listener, there is a check for the Singleton attribute. If that's present - the original listener is wrapped in SingletonListener to ensure that lock is acquired before starting the inner listener. SingletonListener is using SingletonManager to actually get the lock from the Azure storage blob.

Loads of stuff.. and FormatLockId(...). This sounds right. Let's see what's there.

Seems legit. Let's see where hostId is coming from.

NB! I hope Microsoft engineers are super sure what they are doing when call .Result of the HostId producing Task.

So as it turns out - there is such an extension as IHostIdProvider. If webjob is scaled out to multiple instances and timers need singleton lock - there should be something that generates "the same" host id for both of these jobs. Something that is the same for all webjobs of the same source project. Let's see what does IHostIdProvider.

Well this makes total sense now. It generates Guid out of hash produced by the hosting assembly's full name. If you run the same webjob instance on another node - it will produce the same Guid - resulting in failure to acquire lock - and thus skipping the execution. Which is perfectly fine. But not in our case :)

We need to add some extra salt to distinguish between one and another webjob hosts.

As it turned out - we have to inject another HostIdProvider to get a unique host id and therefore be able to run more than a single webjob instance of the same source project.

For us, there is a configuration knob in the settings file that dictates which job it is (set by automatic deployment pipeline for us). We could use this to add some salt to the hostId generation process.

And the only thing left is to inject this into the webjobs runtime. As most of the things nowadays are retrieved from IoC - it's super easy:

So now we are able to run two (or even more) instances of our webjobs using the same Azure storage account. Each of them produces different hostId and therefore also different lock path. That allows each of them to acquire the singleton lock and start execution of the job functions.

This is more like a note for me - when you are creating libraries or frameworks, please think about consumers of your masterpiece and how they will be able to override and change your opinionated approach or architecture :)

In this blog post I wanted to highlight some of the most obvious and visible changes to the library. As we jump to the next major version - this was good timing for me to finally materialize some of the pending break changes I was holding back for a very long time. 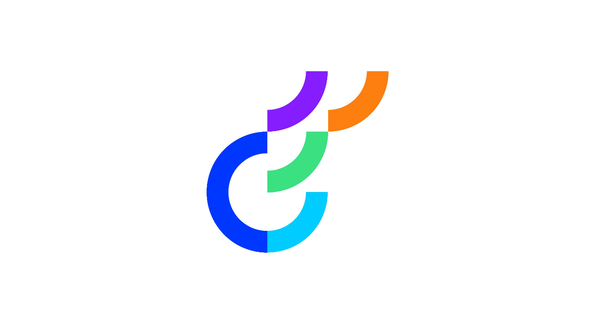 Optimizely Content Cloud is approaching fast and partners are working on getting modules out on the feed for the rest of us to test. As you know - Optimizely vNext