Not a huge pile of news and features (those I've saved for v7.0).

It's been a while since v1.0 of LocalizationProvider. Originally it has its inception during my company's hackathon - we were trying to solve some of the outstanding issues that we came across while working with localized resources based on XML files in Episerver CMS platform. It was few years ago.

At first, package back then was humble enough only to target Episerver as supported runtime. But over the time - I saw opportunity (and actually requirement in one of our projects) to support also classical ASP.NET applications (MVC). And of course - ASP.NET Core came as logical continuation of the journey.

Since then I was working mostly alone on the project. But somehow during v6 development - I started to receive some really great contributions from the community.

For example, in v6 I extracted underlying SQL Server dependency (and also threw out EF dependency - which actually unfortunately led to startup performance improvements). Unfortunately - because IMHO EF has its potential but there are definitely space for improvement. By extracting dependency into its own package - I introduced provider-based infrastructure (still some things needs to be cleaned-up and moved to base library). And this extraction led to new package - storage implementation based on PostgreSQL database engine. For which I just had to do some minor code reformatting and merging into master.

Probably I should blog about provider model and CQRS approach which resulted in quite nice extensible / overwritable feature.

Just wanted to shout out big thanks to everyone who has contributed to the project!!

In latest v6.2 there are some other smaller features and bug fixes (also - mostly contributed by community). You can follow list of issues here, here and here. So if you have stumbled upon one of them - please take time and update packages.

Some sneak peek for v7:

If you have any additional feature request / bug report - please file it in GitHub.

Happy localizing and hold-on for the v7 :)
[eof]

This is next post in series about real-time public transport tracking system development based on Azure infrastructure and services. This time we talk about data broadcast using gRPC and SignalR. 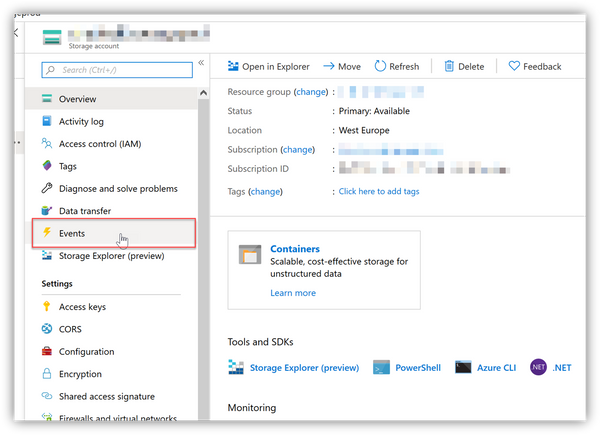 This is next post in series about real-time public transport tracking system development based on Azure infrastructure and services. This time we talk about data distribution further to our subscribers.