With latest hype around Episerver with no head (aka headless) - it's becoming more interesting to escape casual back-end stack and see what's happening in other fronts. And it's not surprise that Episerver content could be consumed in other client-side platforms.
So this time decided to explore a bit more my colleagues work and look how React is doing nowadays.

Anyway at some point React component will come to conclusion that there is a need for getting some translations from the server to render localized components. And this just sounds like a great idea to enhance and improve DbLocalizationProvider package.

Disclaimer! However this is just one of the possibilities to localize your React components. I believe there are other alternatives out there as well..

First, we need to define where and how translations will to stored - meaning that there has to be some kind of data container.

Note! Translation are not defined as expression-bodied properties (public static string Property1 => "Some translation") but as casual properties with setters and getters. We will need this later when we translate object to use on client-side.

If you are same as me and like strongly-typed access (instead of "stringly"-typed) then you most probably are using TypeScript for your type enforcement on client-side. For this to work as expected, first we need to define interface that will declare what types and properties are available. To make things easier and speed-up (actually to keep server-side and client-side in sync) you can use TypeLite or similar library.

Basically we eventually get interface definition exported similar to this:

One of the easiest ways to render required resource translations in markup is via special action on let's say Global controller:

Action ReactComponentTranslations on Global controller is quite straight-forward. We use database localization provider new feature to translate whole object and not just a property of the resource class. This will give us option to return translated object with all proper translations back to the client-side.

Code mentioned above will basically emit HTML element with translations from ComponentResource class:

So now we need to read emitted translations and pass in to our React component. One way would be to do this via props. However, this would require some responsibility of the "middle components" when you would like to consume translations in child of the child components. Thanks to another colleague who was kind enough and showed me Context API from the React framework. Think this is much nicer and cleaner approach compared to for example Redux state machine.

Ok, let's continue. First, we need to define function that will read translations from the element, this is not hard:

Once we have translations as object in JS, we can create context out of it:

Use Translations in your React Component

The essence of getting hold of initialized resource translations is to make use that component is aware of translation context defined above and renders itself "within" context:

Generating server-side resource translations and passing them down to the client-side for easier access from the React components is achievable via new Context API. You can use at any "depth" in the component tree and you don't need to pollute props definitions to pass down translations from grand to child component. Code was not so terrible actually (even for elder backender as I am).

As usual DbLocalizationProvider packages are available on Episerver Nuget feed.
If you do have any feedback, please leave in comments or ask on Github. 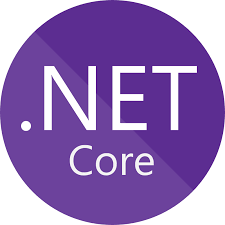 This blog post is about how to fix Asp.Net Core Mvc built-in client model localization provider and use DbLocalizationProvider on client side as well.

After gratefully accepted invitation to contribute to the Episerver Developer Tools [https://github.com/episerver/DeveloperTools] package, I can safely do this: All credits to the amazing Episerver team, I'm