There are cases when your project follows hype and you face the case when you need to reuse your component in serverless world. This blog post is about how to fix logging (I picked Common.Logging, but actual implementation does not matter) when reusing some of your components in Azure Functions.

Most of the time I see that transition to functions or serverless computing is not done by rewriting component that does black magic and delivers business logic, but instead - just referencing it and invoking from function. In this scenario function became as just a hosting environment for the execution of the business logic component.

Let's say that we do have a component (or even list of components) that demands logging dependency via constructor injection:

In order to initialize this component and use it - we need to obtain instance of ILog from Common.Logging library. It could be also any other logging library implementation. Let's jump to function it self and see how we can setup environment properly.

Any Azure Function that needs to do some kind of logging can "demand" TraceWriter to be injected.

Messages send to TraceWriter do appear in console (if required levels for the tracing are set). 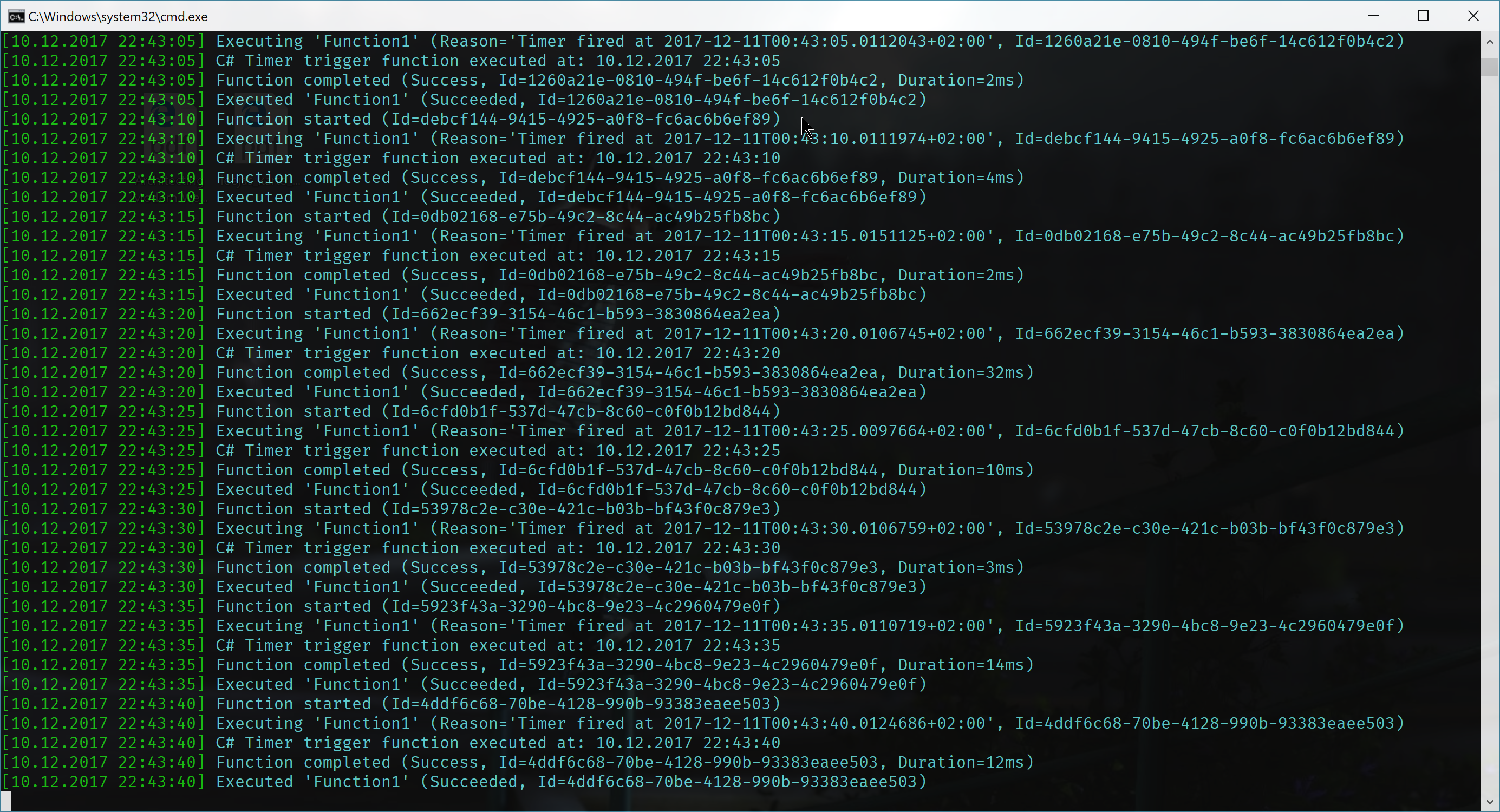 So if I would construct component instance manually - supplied logger would be NoOpLogger (or similar type) - basically meaning that there is no logger for the component.

We need to stick together TraceLogger with ILog and forward all logging entries to console or file (during runtime).

Here in sample we do have just one component class that demands single dependency to ILog instance. However in real life there might be much more complex object graphs to compose. There are 2 options when it comes to object composition and dependency injection:

This time we could be lazy and go with composition library (again I picked one from my stack - StructureMap).

We will need following ingredients:

In my sample - registration is super simple - we just need to map single type and tell container how to obtain ILog instance.

I'm holding container initialization inside Lazy<T> here just because I don't want to pay function startup fee - execute code and initialize container only when it's needed.

In function "entry point" (static Run method) we do have access to TraceWriter instance passed in by the hosting environment. We can make use of it now.

To hide complexity and increase reusability - I moved logic to new ServiceBuilder class:

When you are dealing with disposable objects - it's good idea to dispose those as well. Meaning that if you create dependency - in this case ServiceBuilder, as consumer you should but it into using statement. So this is how it would look in Azure Function now:

So all the necessary dependencies for ServiceBuilder are provided and passed in via constructor.

Now - when we have TraceWriter available from Azure Function host and all services that will be used during function execution will be created via ServiceBuilder - we can fix logging and make it to use TraceWriter to output messages sent to Common.Logging library to be visible in console (if running locally) or function log files (during normal runtime).

For this happen we will need adapter (or actually factory) for the Common.Logging to create logger via that.

This is new constructor of ServiceBuilder now (here is only important line of code):

And TraceWriterLoggerFactory is simple factory pattern class which is able to construct new loggers with passed in TraceWriter as final output.

And LoggerTraceWriterAdapter adapter itself is just a class that implements ILog interface and has A LOT of methods to write all severity messages to the output writer.

Using this approach there are couple of missing features as well:

Anyway regardless of missing features, this approach gave us opportunity to "redirect" ILog messages from Common.Logging library (which was used all over the place in our components) to leverage TraceWriter from Azure Functions host without rewriting any line of our components.
And also gave us possibility to unify our service composition and object graph creation. Now all necessary injections and "preparation" work is done in Service Builder instead of each function itself. 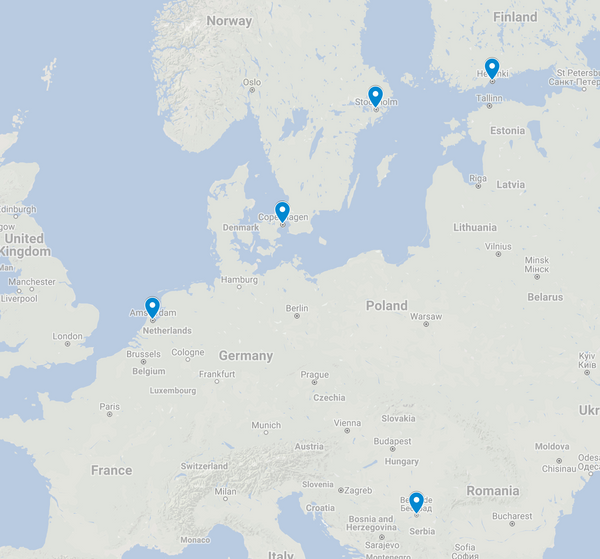 This is yet another period of the year when you pause a bit and look back. I've been taught to be in the present moment and not to look in

I did talk about this topic couple times solo, and also together with Henrik Fransas [https://world.episerver.com/System/Users-and-profiles/Community-Profile-Card/?userid=9127cdd8-f26f-dc11-8e6c-0018717a8c82] in Episerver Partner Close-up in Stockholm